Eulalie Charland is an accomplished violinist, with an international performance and teaching profile. Her playing is shaped by her childhood travels, living in Canada, France, Finland, Italy, Romania and the USA.

In 2002 Eulalie founded the Aquilon Ensemble, incorporating instruments flexibly to facilitate eclectic programming of standard and contemporary repertoire. The Ensemble now performs widely throughout the UK and actively seeks partnerships with composers.

Eulalie came to the UK in 2000 to study at the Royal College of Music (RCM) with Yossi Zivoni. Prior to this, she studied with Mauricio Fuks, Catherine Courtois and Stefan Gheorghiu. She is now an instrumental teacher at the University of Chichester, a chamber music coach at the Guildhall School of Music and Drama. 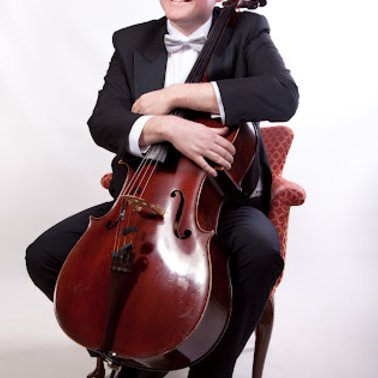 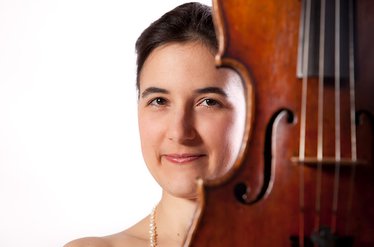 Lawrence Durkin was born in Barnet, North London and began playing the cello at the age of 10. He made his concerto debut in 2003 performing Haydn's Concerto in C with the London Pro Arte Orchestra. Since then he has performed as a soloist and chamber musician across the U.K. He completed his studies with Leonid Gorokhov at the Royal College of Music as a Scholar supported by the Constant and Kit Lambert Award, Jacqueline Ward Award and the Astor Award. He received First-Class Honours for his Undergraduate studies, also at the RCM, having studied with Melissa Phelps and Moray Welsh. He has performed in master-classes to Alexander Baillie, Steven Doane, Johannes Goritzki, Louise Hopkins and Richard Lester.

Until 2009 Lawrence was the cellist in the Harpham String Quartet whose performing highlights included appearances at the Wigmore Hall, Fairfield Halls and Rachmaninov Hall, Moscow. They also gave recitals at the Harrogate International Festival, Stratford-on-Avon Festival, Mostly Mozart Festival, King's Lynn Festival, Chichester Festival, Leeds Castle, Honiton Festival and other music societies in the UK. During his time with the quartet he worked regularly with other prestigious musicians including Emma Johnson, Janet Hilton, the Chilingirian Quartet and the Bochmann Quartet. In 2007 they were selected as Young Artists by the Park Lane Group and performed in the New Year Series 2008 at the Purcell Room.

Maiko Mori is a Japanese pianist whose career has steadily grown since her first prize in 2002 at the 23rd Robert William and Florence Amy Brant International Piano Competition.

Maiko made her orchestral debut in the UK with the RCM Symphony Orchestra conducted by Vasily Petrenko and quickly went on to debut internationally with the Bombay Chamber Orchestra in India. Among her recent performances, she has enjoyed acclaim at prestigious venues such as the Purcell Room at London’s South Bank Centre, Bridgewater Hall, Steinway Hall, St Lawrence Jewry, St James's Piccadilly and St Martin-in-the-Fields.

Maiko is also an active chamber musician, performing as a core member of the Aquilon Ensemble since 2004. 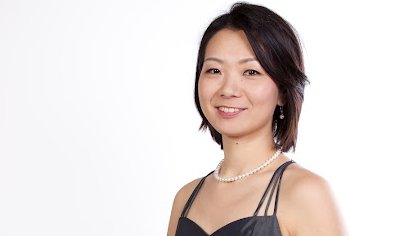